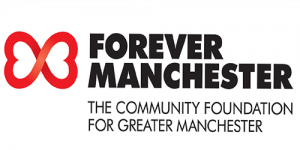 Over one million people helped by Forever Manchester

Founded in 1989, Forever Manchester have been able to deliver more than £36 million into local communities. Contributing towards over 1.1 million people in the city and surrounding areas. If you live in Greater Manchester they will have funded a community group within a mile of your home or place of work. They are known for funding and supporting thousands of community projects over the last 29 years.

Their work has strengthened communities and enriched local life by inspiring locals to do incredibly things together.  With a staggering 20,000 community projects of varying sizes, they are reaching thousands of people in every neighbourhood across Greater Manchester. You can view Forever Manchester’s full press statement here and see for yourself how they have positively interacted with many of the 2.6 million population.

i4Recruitment donates Manchester United football tickets on a regular basis. The tickets include:

Future-proof jobs: Careers that stand the test of time

Technology advances have completely changed the way we work, study and conduct business. But it’s not all work and no

The importance of technology within the recruitment sector

Technology and recruitment go hand in hand. The constant developments in technology have had and continue to have, a positive

EACH Chairty
Our EACH Events
Our Team
Latest News