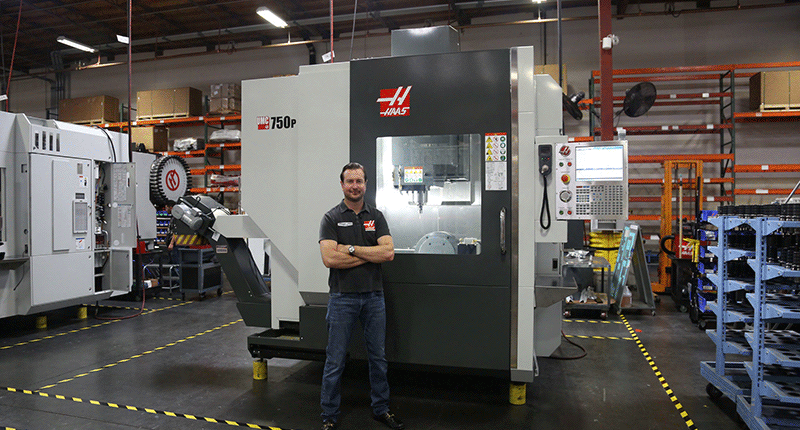 What is CNC? Cartoon Network Channel? CocoNut Cream? Jokes aside CNC stands for Computer Numerical Control. Despite the technical name we see the results of it almost every day and there’s plenty of CNC Jobs in Norwich & Norfolk.

There are different kinds of CNC machines but most tend to look like the Haas Automation UMC-750p in the picture displayed above. Typical CNC machines consist of the following main components:

Let’s go back to the beginning and see where it all began.

CNC machines were first invented in the 1940s and 1950s. Unlike the high tech machines we see today they relied on technology known as “punched tape” or “perforated paper tape”. The technology was most commonly used for telecommunication data storage.

Despite being long obsolete, punched tape technology paved the way for transitions to other mediums from analog and then to digital. Computer processing allowed the whole process of CNC machining to move into the fast lane throughout the late 1950s and 1960s. As the technology progressed the amount of usage increased dramatically. As the use increased so did the number of CNC jobs globally.

What comes of CNC jobs?

CNC machines and the skill that goes into using them produces an enormous variety of outputs. As mentioned above we see almost every day the results of CNC machining. Pinpointing what CNC is most commonly used for would be an incredibly difficult task, however is a key tool in the production of automotive and aerospace parts. Circuit boards and other mass produced components are also products of CNC jobs.

Industries and other uses for CNC

We can’t emphasis enough how common the use of CNC machining is. The list below outlines just a handful of industries where you can find the most CNC jobs:

The work itself is a great foot in the door for other engineering or manufacturing roles and can help develop your understanding of other areas in the sector. Despite being an entry level role in some cases it can pay up to £30,000 a year, sometimes more.

According to PayScale.com the average CNC operator will earn £9.31 per hour with increases up to £11.92.

CNC Jobs you will find in Norwich & Norfolk

CNC roles are broken down into two main categories. CNC Millers and CNC Turners. A CNC Miller will operate a machine where the workpiece is held in a vice, fixture or clamped to the machine table. The cutting tool is mounted on a spindle and does not require a great deal of holding pressure.

CNC turning on the other hand works quite differently. Here the part is mounted on a rotating chuck where material is removed and cut using stationary tools. This allows for parts with symmetry along their centre axis to be manufactured. Turning can often turnaround parts production faster than milling. This reduces manufacturing cost in most cases.

A further breakdown of CNC jobs that you will find in Norwich and Norfolk include:

You can view any CNC Jobs we have live across the UK by clicking here.